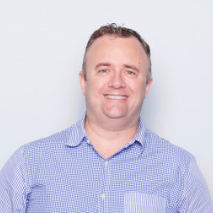 Launch! Why the Angular 2.0 Beta is Now Your Most Important Initiative

The release of the Angular 2.0 Beta is a massive release with far reaching effects for a huge portion of the web application industry.

The release of the Angular 2.0 Beta is a massive release with far reaching effects for a huge portion of the web application industry.

The transition from server-side applications to client-side Angular 1 and single page applications has been extraordinary over the last 3 years. With the release of Angular 2, all of that massive investment and work in progress has critical planning and migration work to consider.

With Angular 1, we are talking about billions of dollars in investment by banks, startups, and enterprises with billions more in the planning stages. Any fundamental shift in the architecture of the web is critical, and the reach of Angular makes this one stunning in scope.

With the Angular 2 Beta announcement, companies need to start answering key questions and making plans essential to their business over the next five years.

In the space of the next 3 months, companies have to answer:

With the release of Angular 2.0 Beta, companies can move forward with concrete web development plans for 2016 and beyond.

There are some very compelling reasons to move to Angular 2.0 immediately.

Three years ago Angular 1.x performed very well on initial application load times due to the fact that we were working on smaller applications and there wasn't a user expectation of near-immediate loads and transitions. Both of these have changed - we are building larger applications, and user baseline experience has changed. Angular 1.x performance, while excellent, isn't nearly as good as Angular 2.0 from a modern user's perspective. Improved change detection and server-side rendering have a huge impact and may make Angular 2 migration worthwhile on its own.

Faster and more reliable change detection. One-way data binding. Decoupling rendering from the DOM, and offloading work onto webworkers, server-side rendering, and alternative renderers. Add tooling such as Benchpress that greatly improves your ability to analyze performance, and Angular 2 becomes essential for larger applications - something that wasn't visible until we built very large Angular 1 applications.

TypeScript and a better templating language enable tools to better understand your application and help you develop your application. Dev Tools such as Rangle's own BataRangle enable a deeper understanding of our codebase and a quick route to fix bugs and perfomance issues.

The new component architecture, ES6 support, TypeScript, support for webworkers, strong decoupling of Angular 2 features, asynchronous/lazy loading, support for observables and immutables (RxJS and Immutable.js), and the Router all come together to create massive improvements in defining and maintaining large application architectures. Finally, native support for internationalization make for a strong multi-lingual ecosystem.

No digest cycle makes it much easier to integrate 3rd-party libraries with no knowledge of Angular.

Support for Babel allows new features of JavaScript to be leveraged without Angular being upgraded.

The Angular team has built a strong upgrade path from Angular 1 to Angular 2 that enable teams to get started now. ngUpgrade allows you to write mixed codebase applications, whereas ngForward helps write Angular 1 code in an Angular 2 style.

What Are Your Critical Angular 2.0 Migration Steps

Once your transition plan is in place...

Conclusions and Next Steps

Angular 2.0 has a huge impact on development. With the massive shift in the JavaScript ecosystem to ES6, and what we've learned about building large single page applications in the last 4 years, it's rare to see such a large compelling shift in a framework. Yet Angular 2.0 retains the spirit and foundation of Angular 1.x, allowing for rapid development of large single page applications with minimal effort and strong support for testing and other best practices.